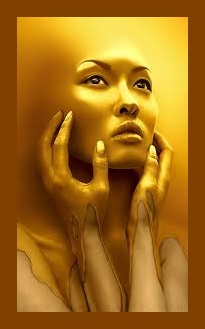 I learned a spiritual truth in a couple of recent, somewhat similar, situations which happened to me. I will share one. My plumber did me wrong. He left the situation that I hired him to address in a worse condition. He deliberately exaggerated damage, lied and treacherously handled what he was to actually repair. There was a “plug” in my mainline…tree roots which needed to be removed. The plumber I hired told me I had a "major problem", he could not fix it and it would cost me about $2000 to address it. He pretended he had so much trouble running a rooter line, saying that it could only go so far. He charged me and left me with no results. Next day, my handy man rented a "snake” at Lowe’s and quickly cleared the line. In addition to this dissembling, the professional plumber “repaired" a slow draining sink then when done, Mirabile dictu, “Oh, there’s a leak”, where there had BEEN no leak before in almost 10 years in this home. He vowed to repair it and did not show up or call for 2 weeks! I had recourse. There were options, licensing organizations I had every right to contact. I heard the Lord say, “If you handle this, If YOU get involved, then MY hands will be off of it! Do not write the licensing agency. Do not call the Better Business Bureau. That will put you in a battle in which I do not want you. Leave it alone.” It was not easy: Here is yet ANOTHER situation I could not handle in my own strength. “Husband me!” I had asked the Lord. Handle this for me.” And His response was that I was to do nothing. Nothing?!? The battle is not yours, but mine,” He said. I could not speak against the plumbing company. I could not "call down fire” or judgement. Because the power of death and life is in my tongue, “The Lord reward you according to your works” was too strong of a declaration. Oh, what if He had decided to reward me according to MY works? Mercy was dispensed. “I am not saying ANYTHING, I said aloud. “The Lord can handle this fight.” Two days later the company supervisor called to set up a date to come out and “get this straightened out for you.” Glory! I had given up and was prepared to call another plumber to address the matter. I saw God’s hand in this because when I obeyed and kept MY mouth off of it and MY hands out of it, HE got things moving. The company had been given a second chance to make things right! Not by me, but by God! HE was the one giving out mercy. God is a God of second chances! There was still opportunity to redeem the company name, and it is called by the owner’s very name. The plumber did come. "We had a a big old meeting about you," He said. The owner just wanted to be sure you were not trying to get something for free.” This, he said though he knew my sink did not drip and that he broke the pipe ring to cause a leak thus causing a problem where there was none, but which was to cost me to repair. He was in my home to fix it only because I had spoken to the supervisor concerning the matter, and I realized within minutes after he left that he had installed a pipe which was smaller than the original. And so the sink actually drains SLOWER then it did before he ever touched it. This company took my money, said they could not unplug the line, left me with a leak and, finally with a very slow drain. They rewarded me evil for my good. Where I had a valid reason to report them, I had not. But they troubled me. They left me worse off, rather than better off. And it was decided in that "big old meeting" about me.

For they have consulted together with one consent: they are confederate against thee:

They did not realize that when they fight against me they fight against God! It has been a month dealing with this simple plumbing repair job. “Surely THIS time I can write a detailed letter to the licensing agency,” I thought. Not so! I heard the Lord say, “You shall keep your peace, and I will fight your battle.” Just as in the first situation, I can say nothing. I am not to put my mouth on that company. Though I know that it is a righteous thing with God to recompense tribulation to those who trouble me, I am not to rejoice in the fact that the company will be dealt with. For the owner was at the meeting and so condoned and sanctioned actions taken by his name sake company or it would have not been done. “We will dupe her”, they thought. Yes, they conspired against me, but I actually feel sorry for them. I will obey God. I will write no letters, I will make no phone calls. The company is in his hands and I know His hands are upon me. Abba told me that, because I kept MY mouth off of it and MY hands out of it, as He directed, I shall come forth as pure God! I saw gold all around me. Test passed!

But he knows the way that I take; when he has tested me, I will come forth as gold.

It has been a test, Beloved. Situations where mercy is shown, second chances given, attempts at reconciliation made, though one has been done wrong, are tests. Circumstances where folk actually make plans to harm you and you obey God and make no attempt to exact revenge,is an opportunity to be purified and to be “luminous” even as gold for God! Let me encourage you to keep your mouth off of it and your hands out of it. Whatever "it" is. And Abba Father can not tell you how to handle it except you seek him to get direction. Translation: Keep that testing situation on the altar, keep it in prayer and obey Abba when He tells you what to do. Should He show mercy to that one, humbly accept it, remembering His mercy toward you. Though plots may have been hatched against you, let God fight against those who fight against you! It’s a Gold rush! Gold all around you as you allow God to continue to purify you. And the additional blessing is there is a peace and freedom in it. I am just as light hearted! Festering anger is no way for a child of God to live. God is a just God. His word says, "Vengeance is mine." We do not have to be concerned about these types of matters. Roll it over on Him, enter into His rest. It is a simple truth which, when applied to larger problems, will stand one in good stead. He teaches us spiritual principles that we are to exercise in these day-to-day, mundane situations. But be assured, spiritual progress, growth, and muscles are the result.

And a testimony of “Test passed!”