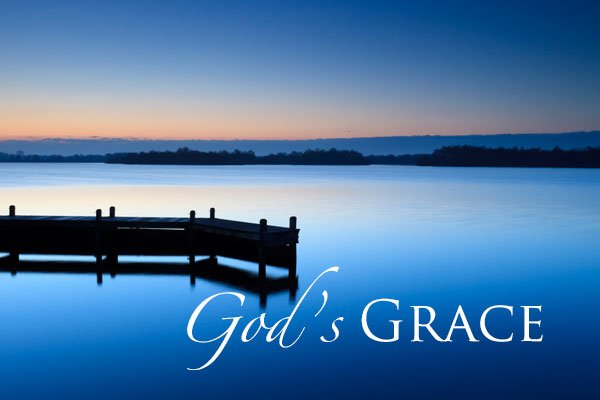 Where of I was made a minister, according to the gift of the grace of God given unto me by the effectual working of his power.

"Blessed and hightly favored!", has become an automatic response for some when asked, "How are You?". While that may be a true statement and is a good confession when spoken out of one's spirit and in faith, there is more. John 1: 14 reads "And the Word was made flesh and dwelt among us, (and we beheld his glory, the glory as of the only begotten of the Father,) full of grace [favor, loving-kindness]and truth." Here we see that another aspect of FAVOR is grace.

Grace means favor. In further digging on this subject, I learned that " favor is of many kinds."

Favor shown to the miserable we call mercy; favor shown to the poor we call pity; favor shown to the suffering we call compassion; favor shown to the stubborn we call patience: But favor shown to the unworthy we call GRACE! (Bullinger, p. 135). We are " Being justified without a cause by His grace. By grace we are saved through faith. But Abba had me looking at being "favored" in a different light today. It is to be graced, graced of God! Webster's says grace is "A Divinely given talent or blessing." Abba Father wants us to see that aspect of being favored where we are graced, equipped, if you will, to be about His business! He graces us to do what He has called us to do in Kingdom authority. From The Great Commission, to teaching Sunday school, to laying on of hands. It is all done in His grace," an excellence or power granted by God" that enables us to do anything at all for Him. And apart from Him, we can do nothing. There is a lost and dying world out there! The harvest is ripe! We are to take the gifts,and "talents" whether it be one or five, and bless others through ministry and sharing the gospel. The "good news" is to be spread abroad. We have been graced as "ministers of reconciliation" to do just that. I want you to know that, yes, you ARE "highly favored"! But a facet of that favor is the grace to tell someone about Jesus according to Mark 16:15 - "Go ye into all the world, and preach the gospel to every creature." Amen.

The grace of the Lord Jesus Christ,

the Love of God, and the

communion of the Holy Ghost

be with you all,